Lucky Number 13: A Story In Photos

My awesome Saturday actually started Friday night when I picked up my Fight Gone Bad packet at the CrossFit Central gym, and I was handed number 13. Woot!

I was feeling so good when I got to Whole Foods for FGB, I forgot to be frexcited. I was just straight-up wheeeeeeeeeeeeee!

Here’s how it went:

Dave told me to put on my game face. 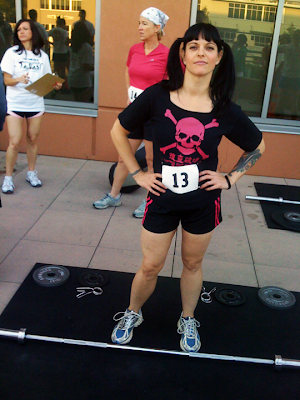 And Carla was my counter, so I knew I was going to get lots of encouragement, along with my numbers. 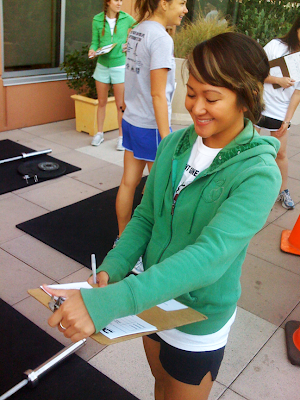 I was most worried about push press, so I started with that station. And you know what? I did 44 reps on my first round! It was so much fun, the bar felt like it was just floating on its own. 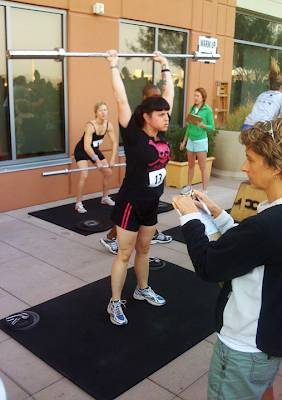 Rowing was a nice break… it’s got a chair! I almost flew my butt right off the back of the seat a few times. 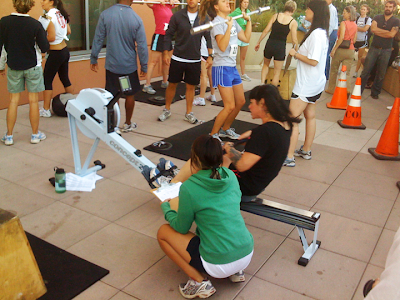 Wall ball. Grrrrrr. I generally love the wall ball. But man! That little f*c&ing square at the 10-foot mark was nasty. I’m not sure how many I did that didn’t count, but Carla said, “Hit the square, Mel.” a lot. Damn that wall ball. 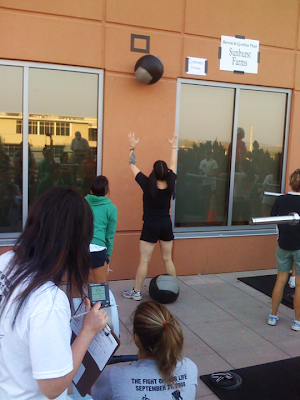 By the time I got to sumo deadlift high pull, I was no longer noticing what was going on around me. It’s such a blissful feeling, thinking about nothing. Bend, breathe, bend, breathe. 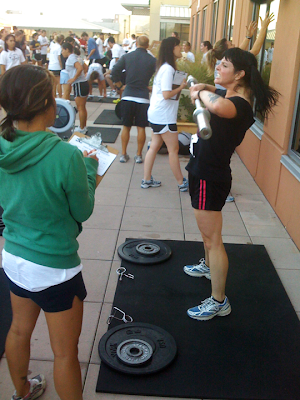 And finally, my arch nemesis. The 20-inch box. I will jump on that bad boy someday soon, but it wasn’t easy “just” stepping up. My legs were burning, and for a second, my mental discipline slipped and I let myself think about the push press that was just a few seconds away. I wasn’t very excited about it. 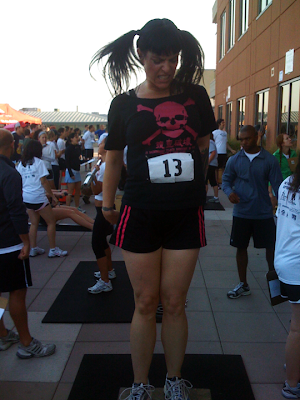 I’d forgotten there was a 1-minute rest at the end of each round. I was so so so ridiculously happy.

Not much to report from Round 2 except that I was a little slower than Round 1. By Round 3, I was getting pretty tired, but my awesome cheering section helped me so much. Big love to Dave, Maranda, Carla, Bonita, and the other CrossFitters who I couldn’t see through my tunnel vision, but could definitely hear making a beautiful noise.

At the start of my final round of push press, the bar didn’t feel like it was floating any more. Zach provided some first-rate, kickass, push-me-over-the-hump coaching. 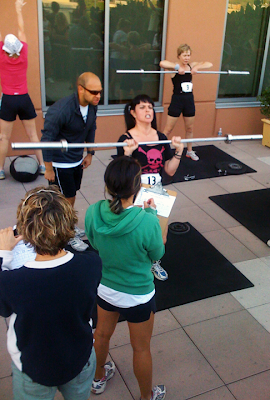 The rest of it is a blur. I tried to make the inside of my noggin blank and to just keep moving. The word “rotate” sounded like poetry, and the last few steps on the box were heavenly because I knew I was almost done.

And then I was. Done. And very, very, very happy. 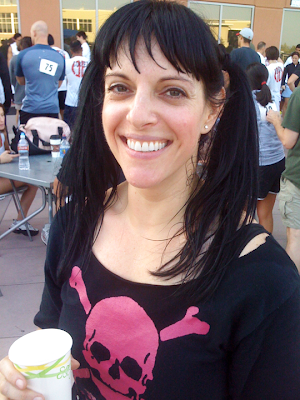 My score was 320, which is, apparently, pretty good. I had the highest score for Intermediate Female. Neato! 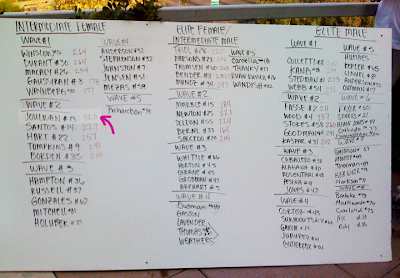 During the coach’s workout, Julie was the timekeeper and I MC’d, so I didn’t get to watch my favorite superheroes as much as I wanted. They were, of course, amazingly awesomely inspiring and bad ass. 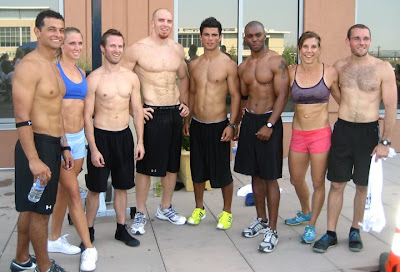 These are the amazing women who make it completely worthwhile to get up before the sun for my workouts every day. Who wouldn’t succeed with women like this in their corner?! 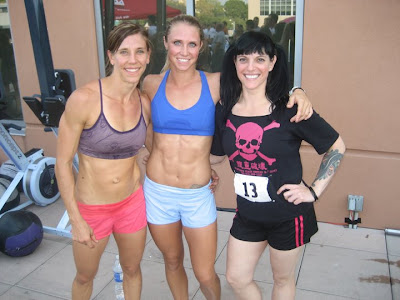 After a breakfast taco and break dancing and 39 burpees (Bonita, you’re a hard ass) and awards, it was time to go home. 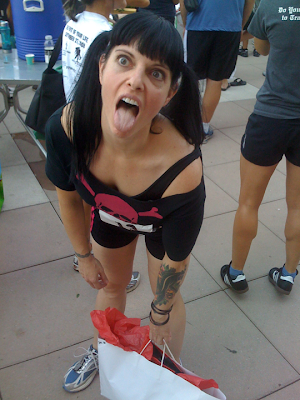 Then after a nap, we put on our party clothes and went to Molotov. I might have had a cocktail or two. 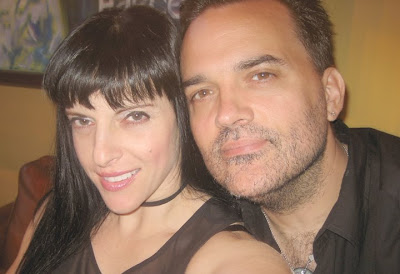 I was a little lax on taking care of myselfover the weekend, and I felt the effects yesterday. Sadly, I'm back on a 4-5 hours of...