Is The Tide Turning?

Just saw this (somewhat old) article in the LA Times… Straight talk on the poison of carbohydrates. Maybe the message that fat is our friend and processed, grain-based carbs are not will eventually be understood by most people. Fingers crossed! 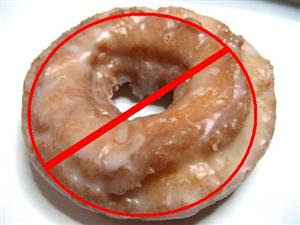 “Fat is not the problem,” says Dr. Walter Willett, chairman of the department of nutrition at the Harvard School of Public Health. “If Americans could eliminate sugary beverages, potatoes, white bread, pasta, white rice and sugary snacks, we would wipe out almost all the problems we have with weight and diabetes and other metabolic diseases.”

And take a bite of this one:

“Carbohydrates are a metabolic bully,” Phinney says. “They cut in front of fat as a fuel source and insist on being burned first. What isn’t burned gets stored as fat, and doesn’t come out of storage as long as carbs are available. And in the average American diet, they always are.”

Read it all here.

I stuffed my head full of ideas at the Ancestral Health Symposium. Here's my recap of some of the things I learned in the presentation...

I stuffed my head full of ideas at the Ancestral Health Symposium. Here's my recap of some of the things I learned in the presentation...