A Little Change Will Do Me Good

You know that awesome relentlessness and commitment (a.k.a., stubbornness) that keeps me moving through workouts and helps me say ‘no’ to Tiff’s Treats in the corporate overlords’ office?

It also has a dark side.

It can make me resistant to and fearful of change, even if I don’t particularly like the situation I’m in. Sometimes, familiarity trumps my true desire. 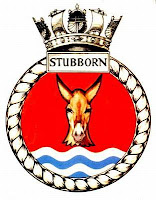 When life imploded about 10 weeks ago, my therapist’s advice was to not make any changes for a while – to find comfort in and hold onto my identity via my routine. That was excellent advice and, it helped me tremendously. It was like pushing through a Life WOD: workout, eat, sleep, work. Keep moving, keep breathing, take advantage of the energy of the people at my side.

Throughout that experience, I’ve had the opportunity (Look at me, clinging to that silver lining!) to examine my habits and decide which ones are still working for me and which ones are not. I’m still not 100% on solid ground yet, but the spontaneous bursts of sobs and panicky feelings have subsided – and I’ve been feeling that some changes are in order.

Here are a few things I learned that were the catalyst for a pretty big change in my life:

1. I don’t like going to bed at 9:00 p.m. to wake up at 5:00 a.m. anymore.
Now that my thyroid hormones are working, and I have what I consider normal amounts of energy, I’m just not tired at 9:00 p.m. I’m still alert, thinking, moving, reading, playing the piano, folding laundry etc. when I’m supposed to be hitting the pillow. At this time of year, it’s not even dark yet at 9:00 p.m. I’m over it.

2. I don’t like getting up at 5:00 a.m. anymore.
There was a time when I adored the disciplined feeling of waking up at 4:55 a.m. in the dark to go do my super hard workout. I WANTED to be hard on myself. Right or wrong, forcing myself to do something that felt so difficult and unnatural was really good for my self-image. THEN. Now, I want to be more restful, a little gentler… a superhero that proudly wears a giant M on her chest but doesn’t have anything to prove. O:dark:30 has very little appeal unless there are extraordinary circumstances. As a lifestyle, I’m over it. 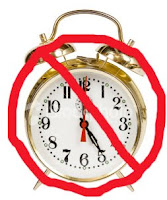 3. I’ve never eaten a clean dino-chow diet, done CrossFit 4X per week, and had a WORKING thyroid.
For the first time in my life – think about that: First. Time. In. My. Life. – I feel like I get to decide how much I want to train. Previously, I was haunted by fear: fear of being/getting fat… fear of not measuring up… fear of being perceived by others as weak or lazy… fear that I’d think I was weak and lazy. Now I’m excited about the possibilities of training hard but not being dogged by fear… of eating clean but not worrying about gaining weight… it’s a whole new world, people

I’ve been with CrossFit Central since my very first bootcamp on October 1, 2007. The process of deciding to try a new box was a long, thoughtful one. Crystal McReynolds has been my trusted coach, mentor, cheerleader, and friend, so leaving her class was not taken lightly.

Today was my first official class at CrossFit Austin. I’m trying it on for size… testing out a new class time, new programming, new coaches, and new classmates. The gym is only 10 minutes from my house (instead of 20-25) and because class is at 6:30 instead of 5:45, I can sleep an entire hour more every night – which means bedtime is now a more reasonable 10:00 p.m. It’s even dark then!

I’m also going back to a M-W-F rotation for classes, then Saturday is play outside day, and Tuesday is running. I have a lot of work to do on my running. Frexciting!

My coach this morning was Tristy Stephens, and I can tell already that she’s going to be a powerful source of motivation and knowledge. My class is co-ed (new experience!) and had six people, including me… all boys, all in their 20s. They FLEW through the workout, but at about round 3, I realized I was doing the same workout as boys that were almost half my age. I might have strutted a little.

Tristy asked that we do the burpees unbroken for at least the first three rounds – I did all the rounds of burpees and box jumps without taking breaks mid-stream. I thought my lungs were going to burst out of my chest.

On the fourth round, I was on jump rope #58 when I tripped on the rope. MOTHERF-ER!!!

I was immensely pleased to have finished in under 20 minutes – and delighted to be filthy, very sweaty, and smiling. The guys were cool, and I got a high five.

Our cashout was deadhang pullups: hold one second at the top, then lower from the bar for a count of five. I eked out 12 by doing them three at a time, jumping from a box. It feels oddly good to see all the areas where I need improvement and to be excited about tackling them – instead of feeling like a failure for not conquering them yet (new experience!).

I should also mention that we did a quad stretch during the warmup that felt like a fillet knife under the muscle, rolled out our shoulders with a lacrosse ball during post-workout stretches that felt like I was being drawn and quartered (but made my arms feel nice and long), and did a thing called the prisoner walk that required us to squat low then walk in the squat position with our hands held out in front of us. I never want to do it again (but definitely will if Tristy says so).

First day at CrossFit Austin: A+.

Now, on a completely unrelated note, a poem by D.H. Lawrence, courtesy of CrossFit NYC. I responded to the poem ’cause sometimes I overindulge in feeling just a little bit sorry for myself. I’m gonna stop that.