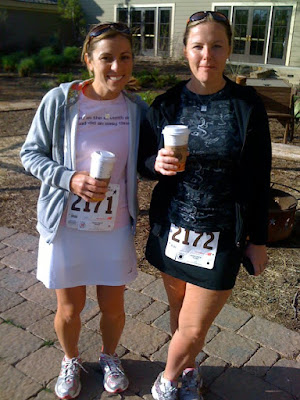 One of the true gifts of running and CrossFit is the amazing people I can call my friends. Meet Alma and Heidi! They ran the ZOOMA 5K this morning – and last year, we all met on the course (and at the after-race coffee bar) during the half marathon. We stayed in touch throughout the year, and I’ve got to give these two major props. Since the half last year, they’ve had a ton of running adventures, including full marathons, and Alma has been bitten by the CrossFit bug.

Nice job, Alma and Heidi. And thanks for reading!

Readers outside Austin, the ZOOMA race series is just starting. If you missed Austin, you still have opportunities to run in these amazing, women-only, “boutique” races in Annapolis, Colorado Springs, and Atlanta. Learn more at the ZOOMA site.