Weight Around the World

Who’s Trying to Lose Weight: In half of the countries surveyed, most people have tried to lose weight at least once. Around the world, women are significantly more likely than men to have tried to reduce. 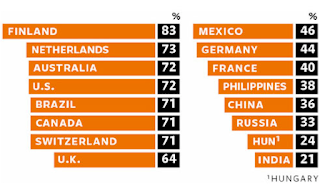 For more, visit Global Poll: A Look at Weight Around the World