Our 19-year-old cat Sesame passed in her sleep yesterday. I hope you don’t mind my indulgence in some stories and photos of the punk rock zombie kitty. 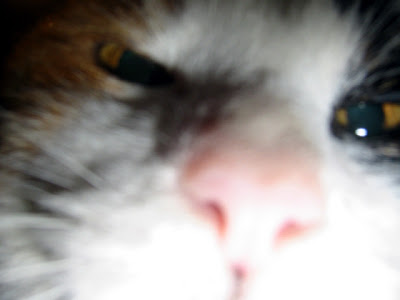 He wanted a kitten, but the sneaky little old ladies at the Marin Humane Society told him it wasn’t “kitten season.”

“But we have a really nice calico cat that’s about a year and a half old,” they said. “She’s so sweet. She’ll just curl up in your neck, and you’ll love her.”

They brought out a snowy white and caramel calico and as promised, as soon as Dave held her, she curled up in the crook of his neck and started purring.

That was the last time that willful beast ever displayed that behavior.

Her first night in his apartment, she ran circles from the living room to the hallway to the kitchen, up onto the counter, and JUMP! down onto the head of Dave’s bed (and our heads on the pillows)… over and over and over, all night.

She learned how to open the bathroom door by jiggling the door knob.

She developed a piercing, demanding caterwaul.

And so cool ’cause she never backed down from anything she wanted. Social niceties weren’t her style; when she did relent and show some affection, we knew she meant it.

I really liked Sesame to wear hats and costumes; she did not. But she humored me because, at heart, she was a supermodel. 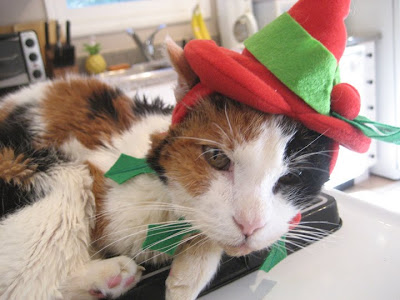 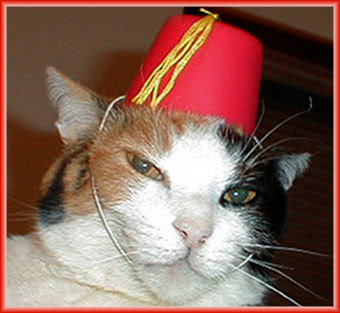 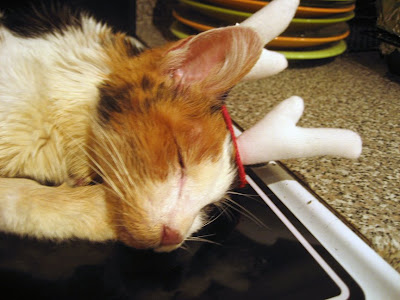 Sesame was well-known for eating things she wasn’t supposed to. Her favorite food was Cheetos, but she was also known to steal popcorn and porkchops when we weren’t paying close enough attention. Once, when we lived on the houseboat, I left a glass of orange juice on the counter while I went in another room to do something. I heard a clinking noise and rushed back to the kitchen. Sesame was sitting on the opposite side of the room from the glass, looking at me as if to say, “WHAT?!” When I got close to her I could see tiny droplets of orange juice glistening on her whiskers. 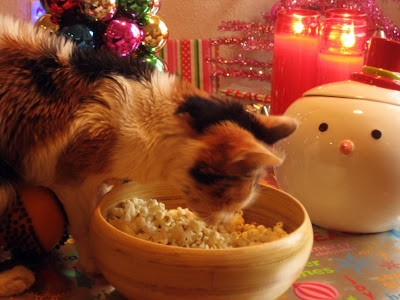 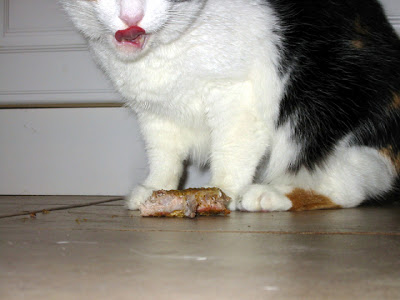 She also insisted on sleeping on the stove. After moving her for the thousandth time, we just gave in and the stovetop – warmed by the pilot light – became her permanent perch. I always moved her when I was cooking, but she always jumped back up to curl up next to a simmering pot of chili or poke her nose in a skillet. I once watched her watch her own butt burst into flames from the gas jet. She looked over her shoulder, saw the flame, and put her head back down on the stove, as if she was thinking, “Finally, I’m warm enough.”

Even when she was old and skinny and couldn’t jump very well, she insisted on trying to make the leap to the stove. She’d crash to the tile floor three or four times, then finally get up enough commitment and momentum to make it to the top. It was beautiful and heartbreaking watching her refuse to give up. 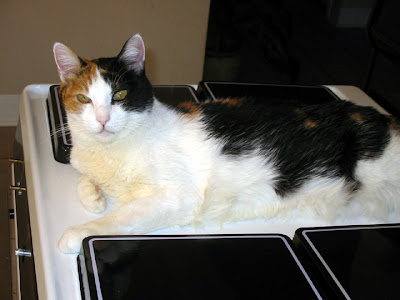 She was a very good stretcher. 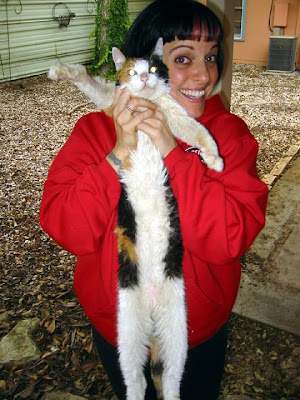 And although she was never, ever snuggly by choice, she let me kiss and hug all over her whenever I wanted. Note the marked look of disdain on her face. 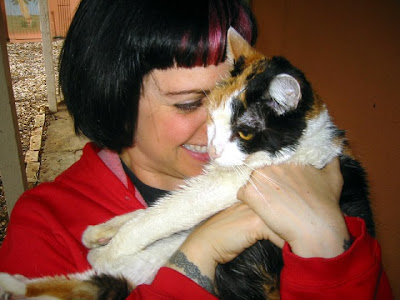 About 10 years ago, Sesame was a chubster, but as she aged, she grew thinner. I like to think of these two photos as her runway pics. 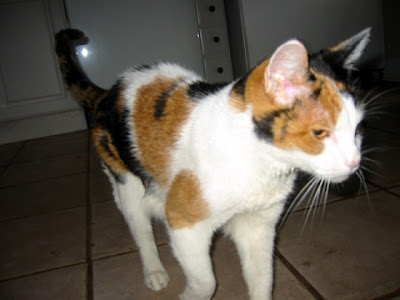 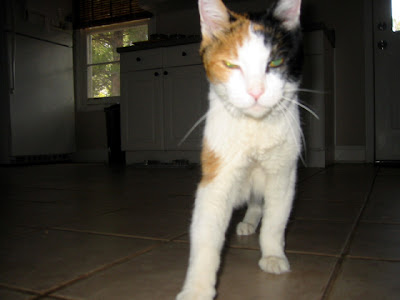 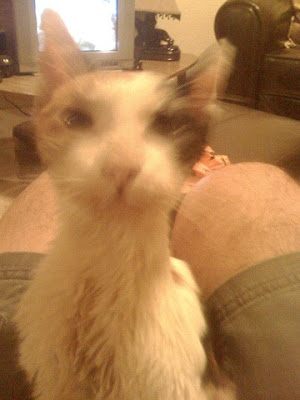 There have been a handful of times over the last 17 years when Sesame should have been dead. She had fatty liver syndrome… she fell off the second floor of the houseboat into the San Francisco Bay and had to swim 100 yards to get to shore… her liver went kaflooey and she had a bout of head pressing… but she just refused to give in.

Yesterday, fate and time finally caught up with her. She passed in her sleep, I hope dreaming of her favorite spot on the railing of the houseboat, looking at Mt. Tamalpais in the sun. 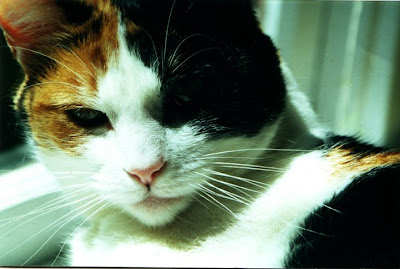 After the hoopla of fall travel and the winter holidays, Dave and I decided we would not travel at all until the summer. But you...