Salt That’s Totally Worth Its Salt 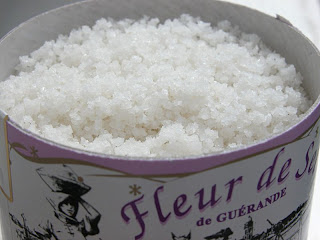 Salt and fat are the two key ingredients that determine the taste of our food (see ‘zing!’ above), but salt has been taking an (unfair) beating lately. In April 2010, the Institute of Medicine published a study that said salt is so dangerous, the FDA should start regulating it as a food additive.

The U.S. Food and Drug Administration should gradually step down the maximum amount of salt that can be added to foods, beverages, and meals through a series of incremental reductions.  The goal is not to ban salt, but rather to bring the amount of sodium in the average American’s diet below levels associated with the risk of hypertension, heart disease, and stroke, and to do so in a gradual way that will assure that food remains flavorful to the consumer.

Seems to me the problem is more with the mechanisms that are delivering the salt, than the actual salt itself. But OK. We can’t get people to put down their Cheetos, I suppose the idea of regulating the Cheetos to make them “healthier” isn’t a bad one. But that’s not all that relevant to me; packaged food doesn’t make its way to my kitchen.

However, all this attention on salt did have an effect on me:

It made me hungry for popcorn.

It made me wonder just what “worth one’s salt” actually means.

It reminded me that a few months ago, a reader posted in my blog comments that I should not be using table salt and should use sea salt in my cooking… better mineral content, etc.

I had popcorn at a movie with my parents this weekend. It was a second viewing of Robin Hood which I loved loved loved even more the second time. And I thoroughly enjoyed the popcorn and, somehow, miraculously, suffered no ill effects from eating it. (Yes, even I have occasional trouble walking away from the metaphorical Cheetos. Whatever.)

In ancient Rome, soldiers were paid, in part, with a ration of salt called a ‘solarium’ from the Latin sal. If the soldier turned out to be a wuss, he was dissed as ‘not worth his salt.’ Later, gold became the thing and soldiers were paid in money which allowed them to buy salt and solarium morphed into ‘salary.’ The end.

I found a comprehensive piece on Slate that outlines the types of salt, the benefits/drawbacks of each, and recommendations for the best brands. There are four types of salt: iodized table salt, kosher salt, sea salt, and fleur de sel (a special fancy-schmancy variety of sea salt).

Table salt is made by forcing water into salt deposits then evaporating the solution until only salt crystals remain. Think Morton Salt… which, by the by, added iodine to salt in 1924 to help prevent goiters. Not much of a problem in the U.S. anymore, but still a health problem in other countries.

Kosher salt is harvested like table salt but is raked during evaporation to produce a block-like structure in the crystals that allow the grains to better absorb blood from animal carcasses — thus making the meat kosher.

Fleur de sel is the créme de la créme, a type of sea salt obtained by hand harvesting the young crystals that form on the surface of speical salt evaporation ponds. Fleur de sel is always harvested in the summer, when the sun is most powerful, and fleur de sel has a higher mineral content than table salt… and often smells like the ocean! (Naturally, I want to ONLY cook with fleur de sel from now on.)

So, where does this leave us?

On one hand: mildly annoyed. Something like this: Seriously?! Now I have to think about what kind of salt I’m using in my cooking. For real?! No dairy. No grains. No sugar. And now, fussy salt?! Puh-leeze!

On the other hand: Fancy salt that smells like the ocean! Its name means ‘flower of salt’! It comes in fancy colors and pretty crystal shapes! It’s healthier than cheap poison salt! 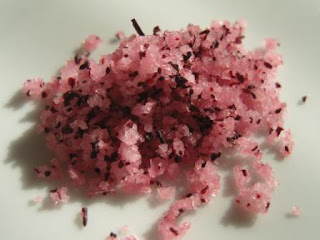 As always, only you can decide what’s best for you. Me… I’m thinking about splurging on some fancy fleur de sel.

Want to know more? Check these out:
The world contains a Salt Institute! Who knew?! Said institute publishes a Salt & Health Newsletter and blog. Don’t miss this report on salt and insulin resistance (spoiler: you need some salt to manage your insulin.)

If you want ammunition to get ranty, or just want to feel better informed about salt, Science offers this piece on The (Political) Science of Salt.

And I love the photo and info in this blog post: Salt: The Empire Fights Back