Put On Weight – Go For The Gold 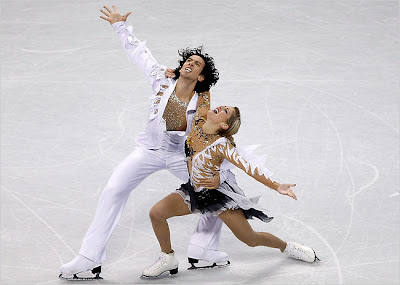 American ice dancer Tanight Belbin has added 10 pounds of muscle and curves to her frame since the 2006 Olympics in Turino, Italy – and she’s pretty happy about that. I am, too!

From The New York Times:

The American ice dancer Tanith Belbin looks at photographs of herself from the 2006 Turin Olympics and wants to hide her eyes.

Tanith Belbin and Benjamin Agosto en route to winning the silver medal at the U.S. Figure Skating Championships in January of this year.

Back then, she never thought her legs were too spindly or that her body was too chopstick-thin for her to be a strong skater. She thought she looked just fine.

“Ugh, I was so thin,” Belbin said in a recent interview at Ice Works, the rink where she trains with her partner, Ben Agosto. “You could see my bones jutting out; you could totally see my chest bone sticking out.”

Heading into their second Games, Belbin and Agosto, the Olympic silver medalists in 2006, are once again among the favorites to win a medal in the competition, which begins Friday with the compulsory dance. What should give them an edge this time, Belbin said, is something she would have never dreamed could help them: her newly found muscles and curves. 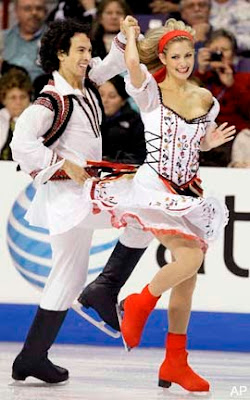 [Big thanks to CrossFitNYC for pointing to the story. If you’re not a regular reader of the blog at CrossFitNYC, you should be. The Black Box blog points to some of the best new content about fitness, health, motivation, and nutrition every day.]